I have a Lodge Logic Dutch oven that I took camping last summer and lazily left outside for almost an entire year.

Were preparing for this summers camping trip, and I go and grab it, and this is what I find: 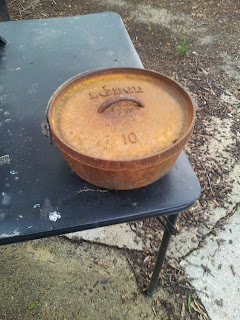 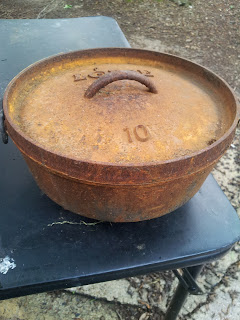 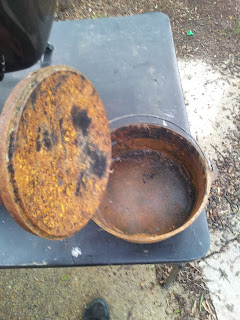 So I'm like 'Dammit Jim!' This thing was covered in rust, inside and out.

So I decided I needed to clean it up, and this is how I did it.

I let the oven soak for 2 days.

After two days, I pulled the oven out, and wiped it dry with a rag.

Be sure to use a rag here you can toss, as it's going to get rust ALL OVER IT. This is kinda messy.

After the pot is dry, I then took a drill with these two attachments: 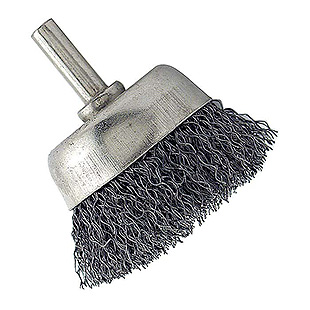 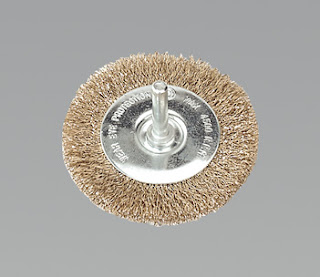 I then proceeded to clean the shit out of the oven. I found the second brush worked best, although the first did come in handy at times. 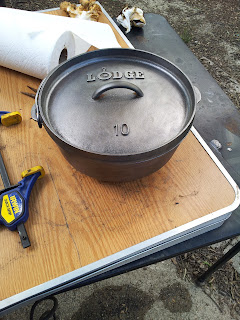 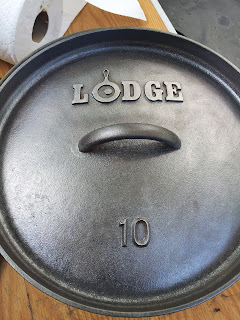 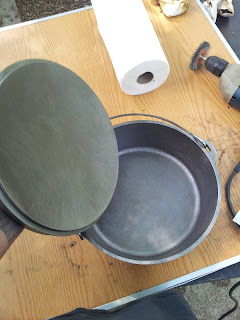 As you can see, it cleaned up rather nice.

Next I washed it with hot soapy water.

Now to season it.

Rub it down in grease or oil, whichever you normally use, I used vegetable oil.

I baked it face down on a cookie sheet on 250 degrees for 4 hours.

This obviously either wasnt hot enough, or long enough, as the pot was really sticky to the touch when I took it out and cooled it down.

So I heated the oven back up to 350 and baked it another 45 minutes.

Checked it out after it cooled, and its perfect.